OPPRESSION-noun-1.the exercise of authority or power in a burdensome, cruel, or unjust manner.

Government and industry in lockstep. Overpowering the innocent.

We have Ontario residents, ahem…refugees, who can no longer live in their own homes. For years industrial wind turbine power centres have been erected way too close to their homes emitting loud cyclical noise, infrasound, vibration and dirty electricity 24/7. But those who are impacted are abandoned. No agency or level of government including our self described compassionate leaders ( Wynne and Trudeau)  will acknowledge them nor will they step up to help.
The turbines continue to run and they cannot live at home. Resorting to all kinds of tactics to stay safe such as renting another place to sleep, or staying with other family many have been drained of every ounce of their energy, money and well being…and in response Premier Wynne continues to build more.
In the following article used as an example, the owner of the wind project is Mike Crawley. Mike is the former president of both the Ontario Provincial Liberals and the Liberal Party of Canada. A very small percentage of the population even know about this as this issue is not being reported on in MSM.
Our aforementioned “compassionate” leaders refuse to assist with any costs related to the families upheaval. In fact the already hurting residents are told to take it to court but are unable to come close to matching legal funds necessary to fight a government and industry who are working together and share unlimited resources.
In fact, not only will they not help the families, these leaders will not even take the step to order the turbines shut down, even just overnight so that people can sleep.
None of the people in this 2010 article has been helped and it is now 2016. There are scores of families who’ve had to leave their homes and others who are coping as long as they can bear.
Why the double standard?
“….stepping into the makeshift home of the trio of wind turbine victims is similar to stepping into an abandoned apartment.
Two worn chairs and a pair of tables decorate the modest living room. The kitchen counter is littered with little more than Tim Hortons coffee cups. And a single bed rests in the corner of the sole bedroom – the ultimate luxury for these sleepless women.
“I’m not here to entertain people,” quipped Stephana Johnston, one of the renters. “I’m here to sleep.”

As simplistic as that may sound, that’s exactly why these three women – who have their own places near Lake Erie – have invested in this Delhi apartment. Johnston, along with Kay Armstrong and Tracy Whitworth, are escaping the Cultus/Frogmore/Clear Creek Industrial Wind Turbine Zone – three sets of six wind turbines that they claim have triggered health problems.”  http://www.delhinewsrecord.com/…/a-quiet-room-of-their-own 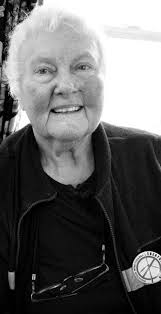 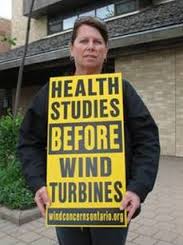 2 thoughts on “Government and industry in lockstep. Overpowering the innocent.”